There are various types of pipes available in the market for plumbing at residential or commercial buildings. The availability of different pipes confuses the consumer at times, and they end up choosing the wrong pipes for plumbing. The most commonly used pipes in Indian homes are CPVC Pipes and GI Pipes.

Galvanised Iron (GI) Pipes are made using mild steel strips of Low Carbon Steel Coils. The steel is processed to be formed into circular shape. The ends of the pipes are welded and made into the size and dimension required. The pipes go through the pressure and leakage test before it reaches the market to be installed in our homes.

GI Pipes are used for plumbing as well as sewage. As the pipes are made up of Iron, they are used structural, engineering and automotive purposes. 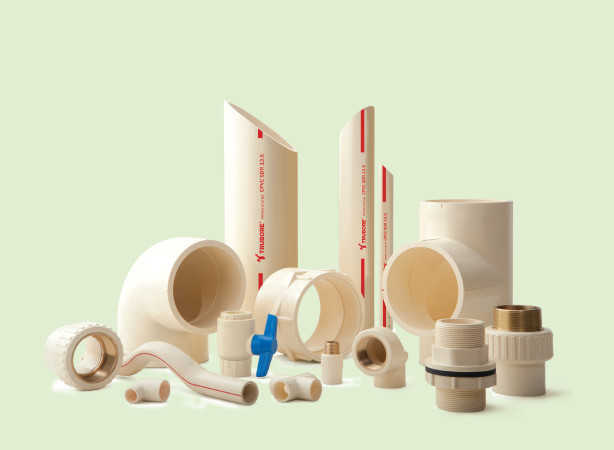 Chlorinated polyvinyl chloride (CPVC) Pipes as the name suggests is produced from chlorination of polyvinyl chloride (PVC) resin which makes it flexible and resistant to temperate from 0℃ to 93℃. Trubore piping systems are one of the major producers of CPVC pipes in India. Their products are manufactured using the world’s best Japanese material and technology.

While both CPVC Pipes and GI Pipes has its own benefits, it is really important to know which pipes are best when it comes to plumbing. GI pipes were traditionally used by builders and architects due to its durable nature. When CPVC pipes were introduced in the market, consumers identified major advantages of the pipes and started using it extensively for Indoor and Outdoor purposes.

There are some major advantages of using CPVC pipes. As compared to GI pipes, CPVC Pipes for homes are durable and are low on maintenance. Another drawback with GI Pipe is that it is not corrosion-resistant. As the pipes are made of iron, a constant flow of water tends to rust GI pipes which can even cause bacterial growth. CPVC Pipes are corrosion resistant and there are very low chances of bacterial growth. Also, the formation builds up inside the GI pipes due to corrosion causes loss of water pressure. That is not the case in CPVC Pipes the pressure of water remains uniform throughout.

CPVC Pipes are flexible and can be easily installed through cold welding whereas GI requires manpower as well as long hours for installation. One needs to take a lot of care while the installation of GI pipes as incorrect installation can cause breakage and leakage problem. Cutting and joining CPVC Pipes is easy as it comes with easily available joints that can be installed easily.

The prices of both the pipes vary. GI Pipes are expensive while the CPVC plumbing system is cost-effective. CPVC pipes can be easily transportable which makes you save on your transportation cost. These pipes are said to last for 50 years. Therefore, it can be safely said that CPVC pipes are the best pipes for Indian homes.